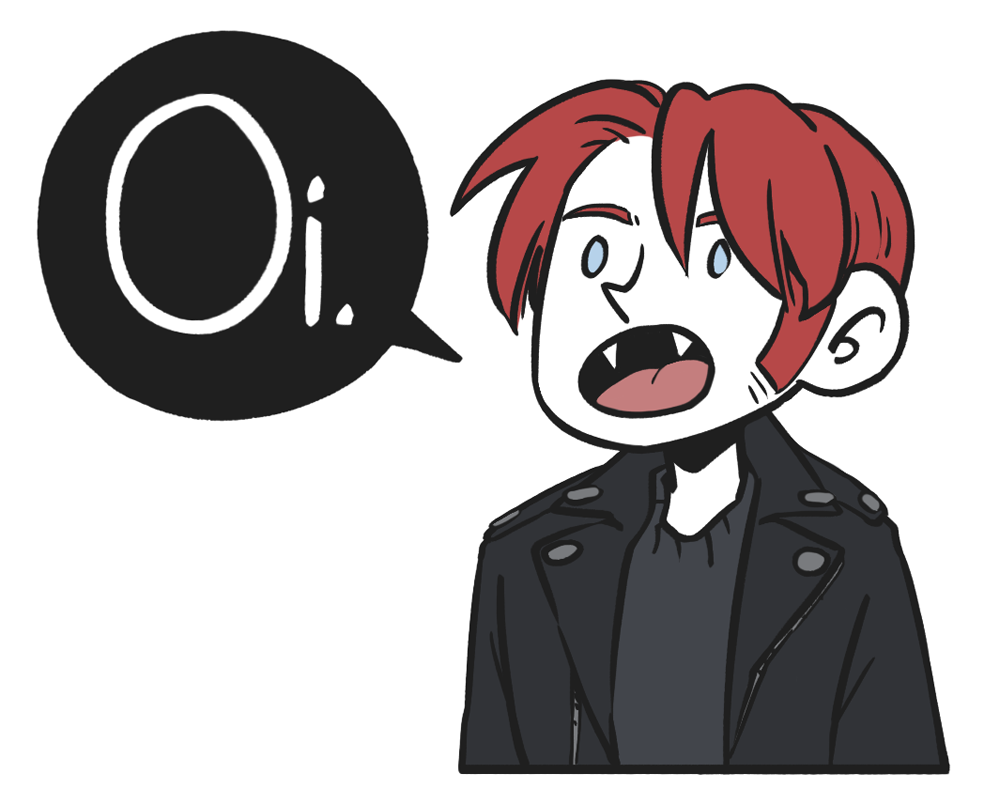 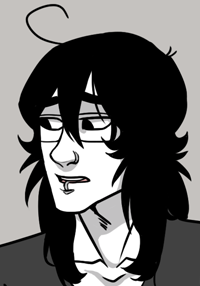 A 21-year-old university student. Studies audiovisual media and photography. Dylan is usually a socially awkward penguin but sometimes his feelings take control and he makes very impulsive and brave descicions. He appreciates his friends and the people around him  but sometimes forgets to consider their feelings. Dylan likes sci-fi, movies, sweets and his dog. He has had a crush on Carolyn for a while until another redhead came along. 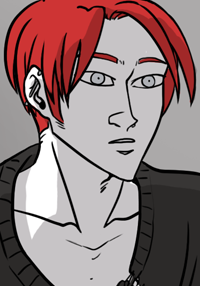 Joa became a vampire in 1985. He was 25 at the time. When he was alive he used to live in England, near London, first with his best friend Mark and later with his girlfriend Jess. Mark disappeared a couple of years before Joa died, and when he became a vampire Joa had to leave England and he never saw Jess again. Joa is a snarky punk with strong opinions. He loves fighting, but he’s very caring towards the people he loves. The couple of decades he spent with other vampires made him cold and ruthless, but spending time with Dylan slowly brings back memories of being human. 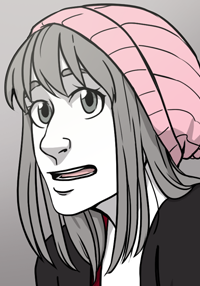 Dylan’s friend who also studies AV media and photography. They first met at the entrance exam for the university. Angela is cheerful and likes to help people around her. She’s always ready to lend an ear if her friends have troubles. She likes horror movies and video games, zombies, coffee and cats. She has two cats, Plague and Otto. 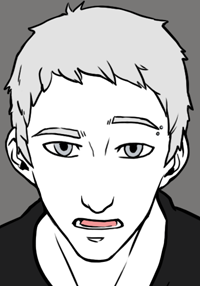 He studies AV media with Angela and Dylan. They got into the same group on the first day of uni and have been friends ever since. Alf is very calm and composed, he’s not really good at expressing emotions and doesn’t talk much unless he really feels that others need to hear his honest opinion. He is kind and sincere and concerned about his friends even though it might not look like it. He loves video games and fluffy animals. 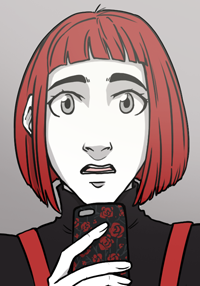 A graphic design student. She also studies photography with Dylan and friends and sometimes hangs out with them. Dylan has a crush on her, and... well, she’s popular. Carolyn is very sociable and gets along with everyone. She likes drawing, movies, fashion and good food. 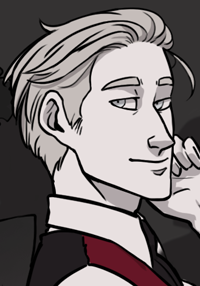 Old and powerful vampire residing in France. He is Joa’s sire. He saw fighter potential in Joa and took him to France with him. Marcel is very strong physically but his true strength lies in mind control. He can be very charming and polite, but he could torture and/or kill you just because he’s bored. He has many children (vampires he has turned) and a lot of underlings around the world (mostly Europe). 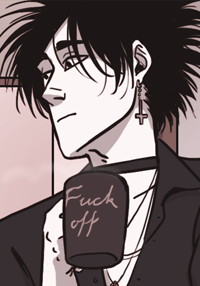 Joa’s best friend since childhood. They lived together in their late teens and early 20’s until Joa moved in with his girlfriend Jess. Mark disappeared mysteriously after that. Mark had rich parents who he rebelled against. He was a chainsmoker and a man of few words, but he also was into poetry, postpunk and the early goth culture. 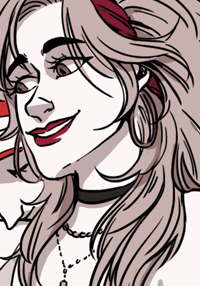 She was Joa’s girlfriend. They met at a party and fell in love right away. She was a cheerful and very open minded woman, who taught (or tried to teach) Joa about sexuality, gender, feminism… Even though Joa was a rowdy boy until the end of his human life, he did become a better person thanks to Jess. After Joa became a vampire he never saw her again. 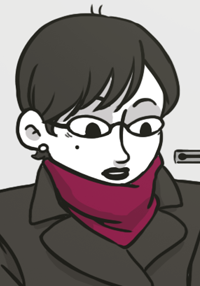 She is a business woman living outside the city, about a 30 minute car ride away. Dylan’s dog, Luke, lives with her, but when she’s on a business trip she brings Luke to Dylan. 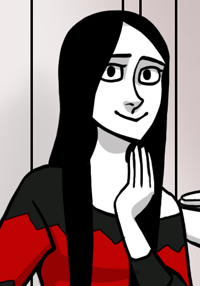 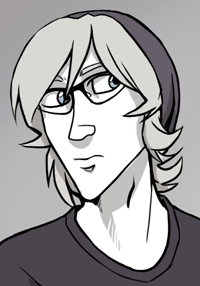 A graphic design student who studies photography with Dylan and friends. A straightforward guy with an energy drink addiction. 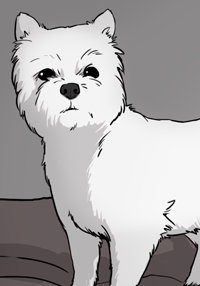 Dylan’s pet dog. Named after Luke Skywalker (of course). Loves Dylan and is very protective of him. He doesn’t say no to treats. Well, he doesn’t talk at all, he’s a dog- he likes treats, okay! 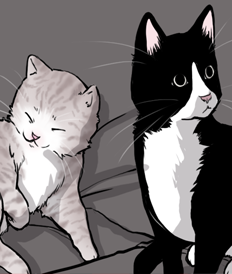 Angela’s cats. Otto is a massive ball of love and fluff who loves food and humans. The moment you sit down he’s in your lap. Plague is very observant and likes to keep her distance. Usually escapes any attepmts for pets but doesn’t mind Angie picking her up every now and then. She’s very protective of Angie, Otto and their home.